Under current Nigeria law, taxation is enforced by the 3 tiers of Government, i.e. Federal, State, and Local Government with each having its sphere clearly spelt out in the Taxes and Levies (approved list for Collection) Decree, 1998. In the Nigerian Federation, the National Assembly is empowered by S.4(3) of the Constitution of the Federal Republic 1999, to make for the Federation in respect of the Federal  in respect of matters included in the exclusive legislative list to the exclusion of the  Houses of Assembly of the State. In furtherance of its powers, the Legislature enacted the following into law at various times:

The imposition or assessment of a tax is the means by which the government sources for the revenue required for its activities. This is usually, by the way a monetary charge imposed by the government on persons, companies, transaction or properties to yield revenue. The division of taxing powers in a country invariably depends on the system of the government, whether it is federal or unitary. Nigeria runs a federal system of government.

TAXES AND LEVIES COLLECTED BY THE STATE GOVERNMENT.

Personal income tax in respect of:

The filling and return process, is a core process in tax administration, therefore taxpayers are expected to file returns in compliance with tax laws.

The Form H3 must be signed and stamped by an officer in the establishment duly assigned to do and be filled with the relevant tax authority within the time specified in the notice as state in regulation ‘13’ of Operation of Pay As You Earn (PAYE) regulations. 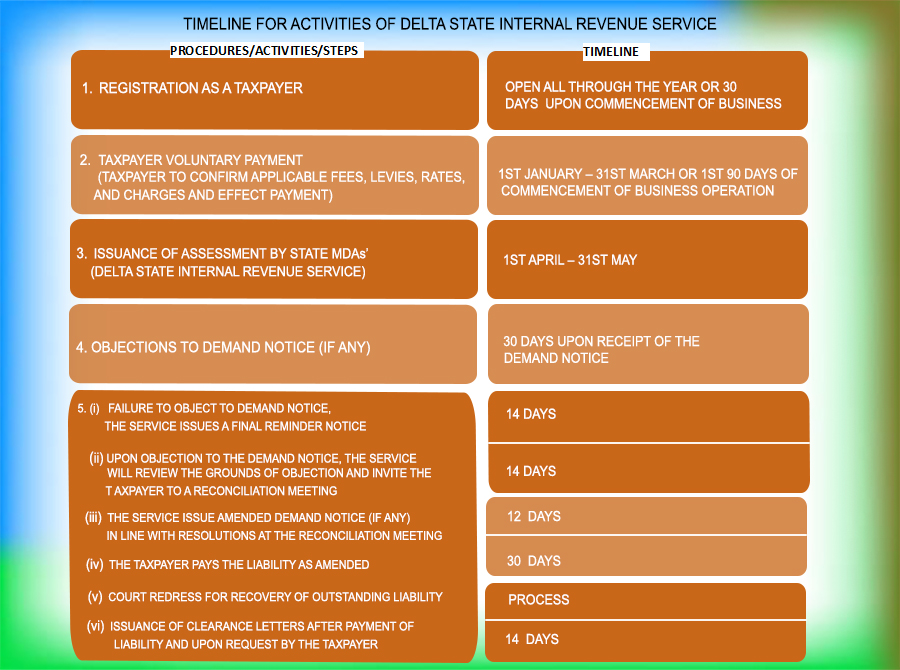